Facial tissues were invented as a replacement to the handkerchief. It is believed that before the concept of handkerchiefs came into existence, people wiped their faces and noses on their hand and the other clothes that they would wear. Romans are said to be the first among the people who realized the importance of a handkerchief which was made of linen.

You should check out Tissue World Paper Expo. 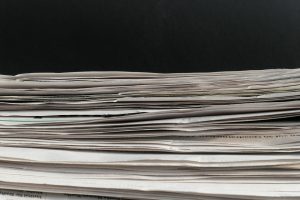 The material used for tissue was initially called “Cellucotton” for dressing the wounds of soldiers injured during World War 1 it was used as a substitute for cotton due to a cotton shortage at that time. This material was introduced by Kimberly- Clarke. This material was initially used to manufacture sanitary napkins which was initially not accepted but later on it was seen to be widely used. In the meantime, this material was also used as disposable facial wipes which was capable of removing makeup and other facial products leaving the skin clean. The sanitary napkin company was called “Kotex” and the facial wipes company was called “Kleenex”. Later on, many features were added to the wipes such as color, flavour, scent etc.

It is known that tissue is manufactured from trees. Wood from trees having hardwood and softwood are taken and de-barked. This de-barked wood is chopped into small pieces and put in a large amount of water and other chemicals and cooked to form a pulp. This pulp consists of cellulose fibers and other residues. The residues are washed out,  the remaining pulp is bleached. Tissue manufacturing companies add the required chemicals to make the tissue soft so that they can be used as facial tissue. This is then dried and rolled.

One major point being missed out on this run for convenience is the environmental effect of tissue production. Millions of trees are cut down worldwide to produce tissues which take many years to grow and this leads to global warming and loss of habitat for animals residing in forests. Industries are set up near rivers for easy disposal of wastes. The industrial effluents are released into the river and the air also gets contaminated. Also, the transportation uses vehicles which emit harmful gases due to combustion of fuel.

As an alternative people can switch to cotton handkerchiefs or facial tissues which do not use wood pulp but use the leftovers after sugar cane production, bagasse or bamboo grass which provide the cellulose fibres for the tissues and grow faster.

Previous Post: A close up of the process of mechanical pulping
Next Post: Getting rid of household pests

John Gray is a 28-year-old trainee doctor who enjoys swimming, blogging and helping old ladies across the road. He is intelligent and creative, but can also be very lazy and a bit grumpy.